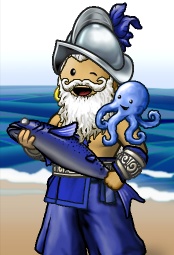 Oceanus actively moderates the Game Design topic on the forum.

In Greek mythology, Oceanus is the gigantic world-encircling river. This world-ocean is personified as Oceanus, the titan. From Oceanus springs all the rivers of the world. His consort is his sister Tethys, and their children are the three thousand ocean nymphs "Oceanids".

There are no avatars to display here at this time.