The cutlass is one of the seventeen sword types available to players in the game. It is produced at iron mongers. On subscription oceans, the cutlass may only be used by subscribers.

Due to its deficits in both sprinkling and striking power it is not considered to be a good sword.

The cutlass's sprinkles are poor and a lot of its strikes generate a lot of free blocks for the opponent. Its terrible performance makes it only viable for frays.

The cutlass is available to purchase in the following color combinations. 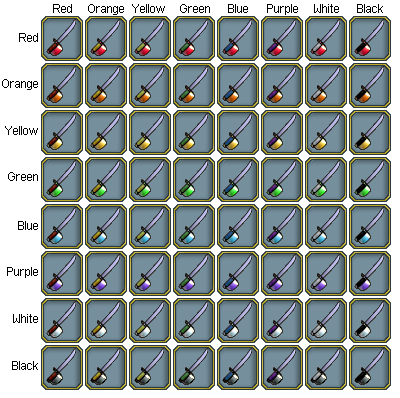