There are many different lists of colors used by the game, for various items and commodities. 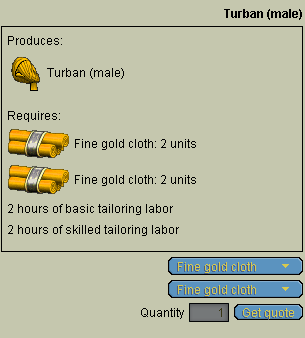 Clothes, along with paint, presents, parrots, and most trinkets come in all twenty-seven of these colors.

Although these are the main twenty-seven colors used in standard ways, this is not an exhaustive list of all possible colors in the game.

The savvy hat, while an item of clothing, does not come in the same variety of colors as the other clothing in the game. While the OMs can manually create a savvy hat in any color, they do not do so except for extremely special incidents. The full list of possible savvy combination is viewable on the savvy hat page.

Special colors appear on clothing, furniture, trinkets, and chromas obtained as a reward from certain types of treasure chests.

There are five of these special colors: 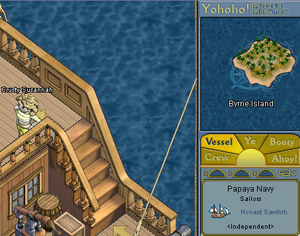 All NPPs on navy ships wear clothes of one color, determined by which island's navy they run under. Navy colors, as they are so called, are never expensive colors such as maroon or purple.

Each colonized island has its own navy, and each such navy has its own associated color. Please note that while these colors are from the palette of "standard" colors, they do not include any of the rare and/or expensive colors from that palette (such as black, purple, or maroon).

Here is a list of the colors available for the island navies:

Each familiar has its own palette of colors. See each familiar's page for the possible colors.

Herbs come in fifteen hues (no gold, tan, maroon, lavender, mint, rose, magenta, or light green), each one representing a different commodity. Note that the colors and shapes may not reflect their real-life counterparts:

Minerals are similar to herbs. They may also be found as large or small crystals; only one of which can be spawned on an island.

*On the Yohoho! Island Scene Editor, this is listed as green.

Enamels are used in the production of mugs, furniture, and swords. All of these items can use the following eight enamel colors:

The following enamels may not be used in the production of swords, but can be used for mugs and furniture:

Dyes come in blue, green, red, and yellow. (However, lime dye is known to have existed on Midnight, and may therefore be rarely encountered on Cerulean.)

Though bludgeons involve paint in their recipes, bludgeons can not come in any of these colors: