New World Order was a flag on the Viridian Ocean.

Started as a small flag, created by Syth (who at that time was captain for Roses Of Sharayn), NWO built itself to become better and stronger.

After some time Syth wished to spend some more time on his crew than his flag and gave monarch position to Safir for a while but then decided he wanted to leave the flag. Warbaby (then Captain of Scourges of the Seven Seas )took over and even though Roses Of Sharayn came back after only a few days, Warbaby continued being monarch. During Warbaby's reign, New World Order acquired Viridis Island from long-term allies Serpientes Del Mar on the 11th of June 2006.

When Warbaby decided to leave the game for some time, Safir became queen of NWO with her 3 loyal royals - Syth, Trisla and Ivanovsky.

New world Order has grown and become known for their warm, welcoming spirit and also for fun and games.

Warbaby still remains governor of Viridis as a way for Safir to honour his work as the true monarch of the flag.

Syth and his new crew, Fear Itself then left to create the flag Equinox. Islandgurl, Captain of The Terrors of Terra and Disire, Captain of The Legionnares then replaced him as royals.

Disire's crew, The Legionnares disbanded soon after, and Cryder, an officer from Roses Of Sharayn who had helped with the flag a lot before, became the new prince.

Trisla, tired of flag duties left with her crew Haven. At nearly the same time Warbaby recreated Scourges of the Seven Seas, this time under the name Scourges of Seven Seas. Ivanovsky left Roses Of Sharayn to go back with Warbaby, quitting his position as Royal. Warbaby then became King again, Safir stepped down to Royal and Moedefoe was Warbaby's choise of a new prince from his crew. Moedefoe stepped down after a couple of weeks and was replaced by Mischievious.

After winning the flag contest for stock manager, where contestants had to run commodities from Lima Island to Viridis Island, Familyjewels was made a new prince of New World Order.

After a blockade on Viridis was declared by Killing Pillagers, the flag was in disarray, as the monarch was out. Safir, Mischievious and Caruut organised a defence, with Kisso admiraling, which kept the island for them. Safir stepped down soon after, being replaced by Caruut. Days later, Familyjewels declared that he was taking a break from the game, and Timmer, the runner up of the stock-running contest replaced him.

One week later, Viridis was blockaded again, this time by Pirates Revange. New World Order were much better organised though, and defended the island easily, with the second and third round sinking, and war following.

What are we about? 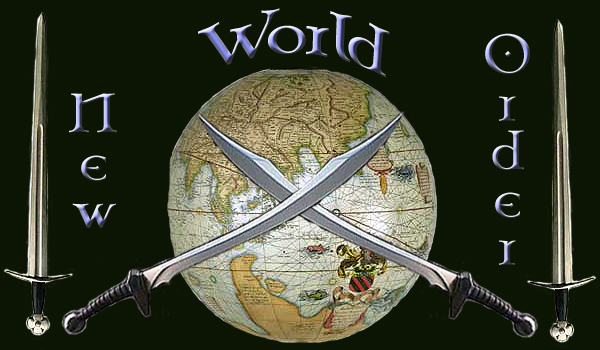