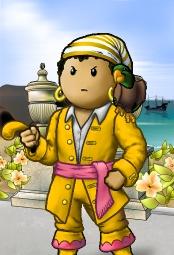 Vert is the senior officer of the crew Argonauts and prince of the flag Helloween. He sails the Cobalt Ocean.

After joining Sea Dragons, he went back to Mysterium as a senior officer and prince of Polaris. On February 3rd, 2007, he had been awarded the Ultimate Pirate trophy and he was the 2nd pirate on Cobalt Ocean who received that trophy. On May 6th, 2007 he left Mysterium and joined Neptune's Chosen of the flag Polaris as a fleet officer.