The colors available for player-owned parrots are shown below. (Also shown is a black/black parrot that belonged to the Ocean Master Apollo, which is a combination players aren't allowed to have.) 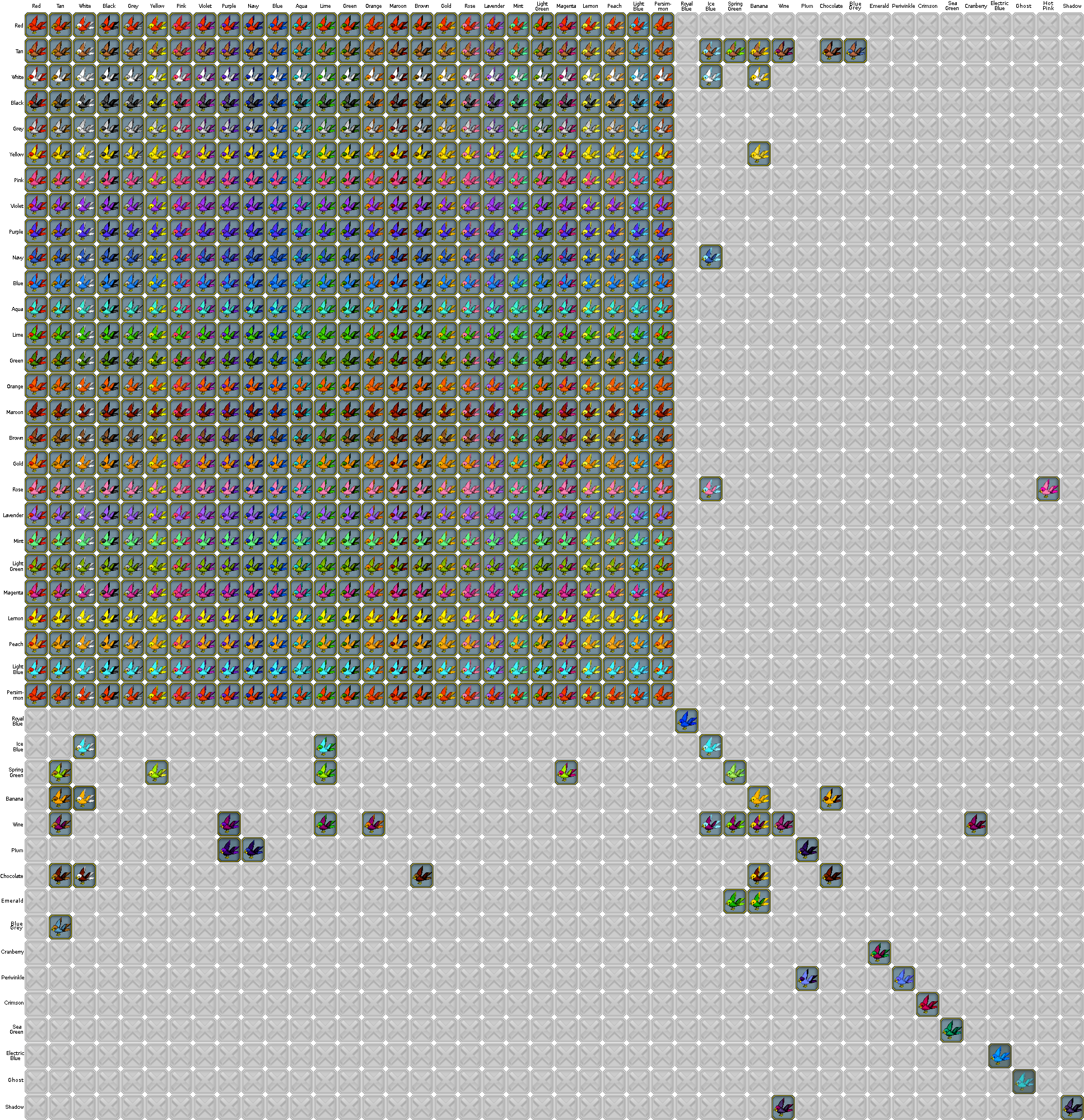 Parrot with hat familiars are not able to be recolored except in the very rare cases where both colors would normally be recolorable, in this case when both colors were magenta and/or lime when the parrot spawned.

All possible parrots with musketeer hats (excluding recolors) are shown below. It's unknown which of the possible booch box combinations actually exist in-game. 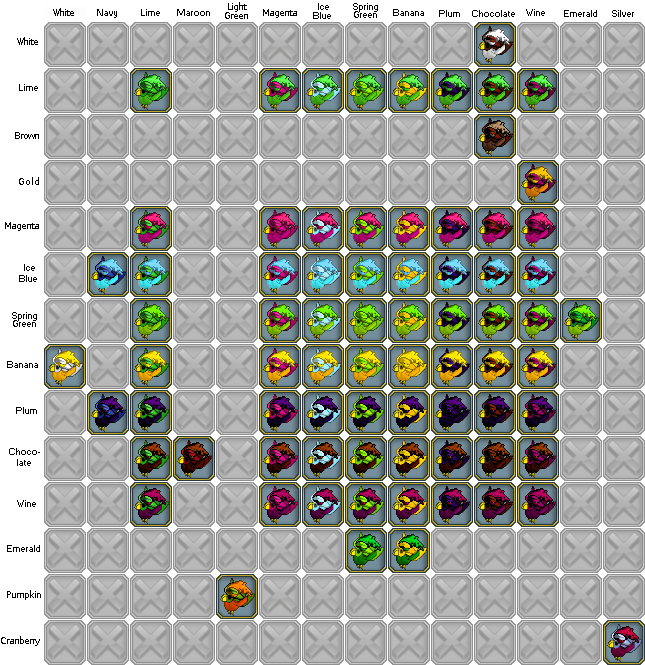