With a considerable royal family, and not to mention a sizable court of lords and ladies, with a collection of hefty crews, Nidiata Dei Draghi was a flag feared and loved by many. Unfortunately due to a decline in standards and recruitment, this once feared beast of the abyss has turned into nothing more than a shadow of its former glory.

In order to survive the fierce political and social climate of the piratical world, the flag was forced to merge with Broadsiders, in which many of the inactive pirates remain to this day.

In September 2008, a few members of the original flag returned, intending to rebuild the flag that they love. Only time will tell if they succeed.

In the Month of February, 2010, the Monarchy was turned over to Kingbibble, an alt of Aconight's, as he and Bunnicula realised that the goal of rebuilding a new and active flag and crew, whilst grand, was not feasible on Midnight as it once was. With the loss of Zenggah to his scholarly activities, Aconight and Bunnicula turned control of the flag and its founding crew over to alts and left, forming a new crew named after The Nídhöggr, a legendary Norse dragon that gnaws at the roots of the world. After a day, they joined Dragon's Brood, a flag ruled by King Calescence, who had been a long time friend and once a fellow monarch of NDD.

Monarchs of the Royal Family of Nidiata Dei Draghi

Below lies a list of those members of the royal family, who ascended to the ancient throne of Nidiata dei Draghi.

His Majesty, Torridthorn - King of the flag

Her Majesty, Aine - Queen of the flag

His Majesty, Zenggah - King of the flag

Her Majesty, Bunnicula - Queen of the flag

His Majesty, Calescence - King of the flag

Her Excellent Majesty, Aerias - Queen of the flag and governor of Oyster Island

After Nidiata Dei Draghi was reformed in September, 2008

His Majesty, Zenggah - King of the flag

Her Majesty, Bunnicula - Queen of the flag

His Crazed Majesty, King Bibble - King of the flag and master of the Ebil Monkey's

Current Royal Family as of September, 2008 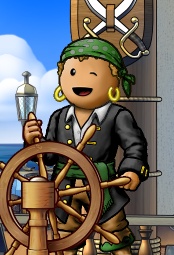 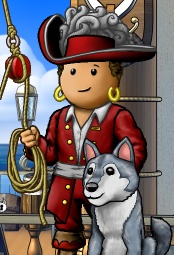 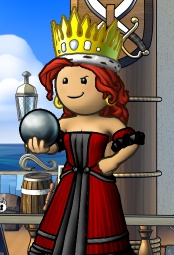 The island of Oyster was not officially Nidiata Dei Draghi's when first colonized. Two flags, Eccezionale and Nidiata Dei Draghi, took Oyster in an uncontested joint blockade. Both flags made up the ruling council of Oyster, but the governorship was given over to the larger of the two, Eccezionale. The island was then contested by the flag Ship for Brains, who were defeated after seven rounds of battle. Upon realization that Oyster could not be safe with their flag, Eccezionale ceded their share in the rule over Oyster to Nidiata dei Draghi.

On September 17th 2004, the alt flag Nidiata Dei Buri in conjunction with Buri Armada blockaded Oyster and after a tricky first two rounds for Nidiata Dei Draghi, they were sent to Davy Jones Locker.

Extended Public Statement as of September, 2008

The story began with a flag that is dead.

The origins of Nidiata Dei Draghi trace back into the Azure Ocean under its original name, the Dragon's Brood. Though comprised of just one crew at the time, the Dark Thorn Dragons, the flag entered into the new ocean of Midnight, with its new name and a roar. While so many of the Dark Thorn Dragons' former members had been lost during the switch between the two Oceans, those that remained were dedicated and experienced. The fleet was rebuilt. The crew was bolstered by many fresh recruits. The spirit and energy of the Dark Thorn Dragons allowed Nidiatai, though now smaller, to rise up far greater then it had ever been before.

More crews joined with the Dark Thorn Dragons under the flag of Nidiata, each one filled with the same spirit and energy which had created the flag. Alliances were formed, and friendships grew. Alongside Eccezionale, a larger allied flag, Oyster Island was taken under joint colonization, with Eccezionale holding the official governance. Eventually, however, the growing Nidiata was given full control over Oyster.

While Nidiata was never one of the richest or most powerful flags in Midnight, it stood tall amongst such giants, and played a part in events that were out of reach for flags of similar size. It was a friendly flag, always willing to extend a hand in friendship and was always willing to look for a peaceful solution to a conflict, if such a solution was possible. It was also not afraid to fight against whatever odds, in the defense of itself or its allies, whenever the need arose.

However, like the fate of so many flags before and since, age took a toll on Nidiata. Having played for such a long time, many of the original members began to lose interest in the game and fade away. One by one, they left, each taking with them a piece of what had made the flag great. New members were recruited constantly, many of which stepped up to fill the voids left behind and made their own mark on the flag, but it was not enough to halt the decline.

Those few who remained went to crews where they could find the energy and drive that Nidiata could no longer provide, and the flag itself merged with the Broadsiders. The members of the flag scattered, many staying with the Broadsiders, yet others finding their way into other flags. Some of the older members did make an attempt to salvage Nidiata by rebuilding a new Dark Thorn Dragons and Dragon's Brood, but eventually fell again to the fate Nidiata had suffered.

So it was that Nidiata Dei Draghi vanished from the Midnight Ocean, becoming a memory. Now, however, it is time for a new story.

This story begins with a flag that is reborn.