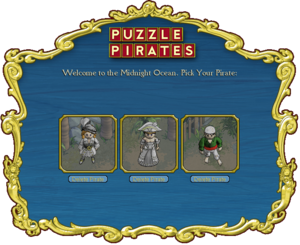 Each account may create up to three pirates or alternates on each ocean. Each pirate is separate and unique, with nothing indicating they are related. There is no way for other pirates to know who is playing each alternate without a player informing the community. Ocean Masters, however, can tell if two pirates are being played by the same person.

In the past, there have been a large number of requests for alternates to share the same stats as each other and, also, to make stats account-wide. These requests have been dismissed by the Ringers who believe it would make it more difficult to play each alternate pirate independently from the others.