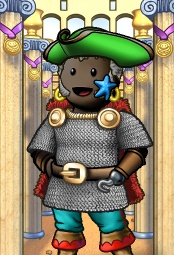 Quitex is a former captain on the crew Dime and a Nickel on the former Hunter Ocean and is now a fleet officer in Morbuzaan's crew. He was governor of Saiph Island and owned both the fort Pandaland and shipyard Ling-Ling's Luxury Liners on July 4th. Quitex became governor on June 3rd, 2007, by winning the first Rotating Governor Event put on by the flag Sins of the Flesh.

He started in October 2006, after playing another online game. He started in the crew Silver Mage, with Ducks and some other pirates who helped him to become a good player. Later on, Silver Mage left Dawn Treader Voyagers, so he moved to Ramandu, where he was a fleet officer.

After moving crews (and flags) many times, helped in many blockades including some of The Eye's, EAC's and Access Denied's, he has now no main ocean, but plays most of all of them, excluding Viridian and Opal.

After the ocean merge, Emerald is now the ocean he calls home. His well-known alt is Karkinos, and he recently attended

His hobbies include Sailing, Distilling and Gunnery. Overall, he enjoys having good times with his friends. Not a big pillage fan, he prefers doing Atlantis runs, Man At Arms-ing, or play several parlor games, such as spades and Rumble.