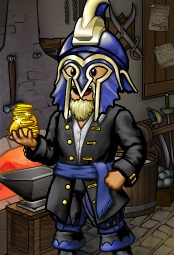 Mcknightt started playing in 2006 on the Sage Ocean, before retiring on November 1, 2008 due to his prized Tailoring stall being ransacked by a manager. He was captain and ambassador of the crew Supreme Lords and king of the flag Dominant Destroyers. Months later Mcknightt returned to Sage as Devastator and became captain and monster hunter of the crew Final Devastation and king of the flag Ultimate Supremacy. Due to more manager issues and some poor luck in Poker, Devastator decided to again retire in late 2009, this time putting what was left of his possessions into a giant 500k+ value tournament. In early 2010 he returned to the game once again as Devastator and quickly doubled the value of his previous tailor stall and continues to play poker to this day.

He has a YouTube channel where he does humorous commentaries over poker and other puzzles. His Puzzle Pirates playlist can be found here:[1] 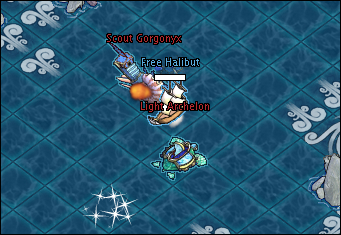 Free Halibut just before it was sunk 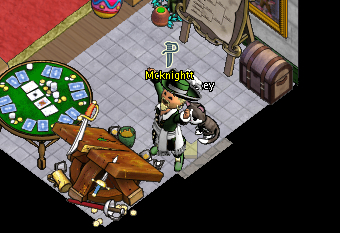 Mcknightt inside his cottage winning a swordfight

What in the seven sea's is this??

He is the creator and manager of PuzzlePiratesElite.com, a site that hosts videos, screenshots, and other Puzzle Pirates related content.