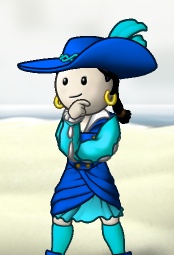 Aapothecary is a pirate on the Emerald Ocean. Prior to the ocean merge on January 31st, 2012, she played on the Sage Ocean.

Aapothecary is currently a fleet officer in the crew Pernix Adaeque Simius. She used to spend most of her time in-game running the multitude of shoppes she both owned and managed, as well as dabbling in the politics of the Sage Ocean. Aapothecary went into retirement in spring of 2006. She returned to the game in January of 2008. However, little is known of her movements since her return.