From YPPedia
Jump to:navigation, search
◘Empusa ◘Scotland the Brave ◘ Profile ◘ Recent Changes
This pirate currently operates on 3 accounts using 9 pirates in 9 crews and flags, spanning every rank from Cabin Person to Senior officer. None of the flags are currently at war with any other flag. 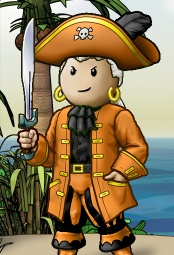 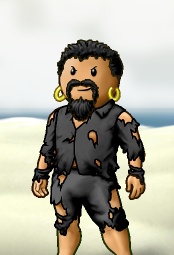 Once banned, and retired, he has come out of both. Jessess is a pirate from the very root days of this ocean. Spanning across most major flags and hundreds of crews his former pirate held too much responsibility for his own good. His friends continuously requested he join their crews, causing him to become one of the original (if not the original) crew-jumper. Thankfully he has today settled in a friend's crew.

Jessess started playing around the time of the beginning of Viridian, he of course knew nothing of the game. He slowly rose through the ranks of the crew Devil's Advocate, the first crew he was in that he liked. After circumstances changed he moved on to a crew led by his friend, Friendlyjane. She made many crews that he joined. Then he joined the ranks of Antix in IDLD, challenging members of Pay_for_Play in all aspects of the game regularly. Something happened that no one really remembers and that caused Jessess to join the ranks of his new friend, Cyndiepet and the best flag of the time, Pay_for_Play. After this he started to hop from crew to crew, usually to new crews in Pay_for_Play. Eventually he settled in what he considers to be the greatest public crew ever, Death Blooms. Led by Mastodon and Elegance, in his own words "two of the strictest leaders ever" he quickly learned how to lead very successful pillages. Eventually he made his way to Senior Officer of this crew, not an easy task at all. By this time, about a year and a half after he started playing it should be noted that his lowest piracy ranking was Grand-Master. he does not know what it is that allowed him to be seen as a "good pirate" but it was most likely his Legendary ranking in Sea Battle which was once a piracy skill, that allowed him to have the privilege of B-navving for Tristan in blockades. (Name of the former skill may be wrong, its the one that broke into Navigation and Battle Navigation)

The Languages I Speak