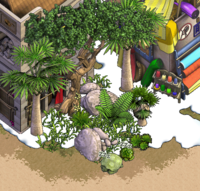 An island covered with snow, one of the winter special effects.

These effects are enabled by default for new pirates, but can be switched off via the general options tab. 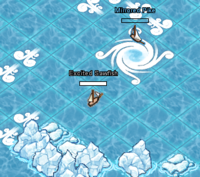 The battle navigation board has frozen over, and rocks have turned to ice.

Ice has formed on this ship's rigging. 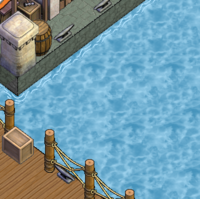 Water surrounding the islands has frozen. However, ships may still traverse the oceans as normal.

Winter special effects appear during the months of winter in the Northern Hemisphere. They are added in early December and removed at variable times between January and February. The following effects appear in winter: 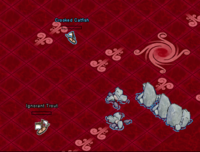 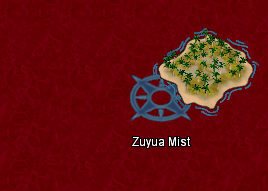 View from the crow's nest 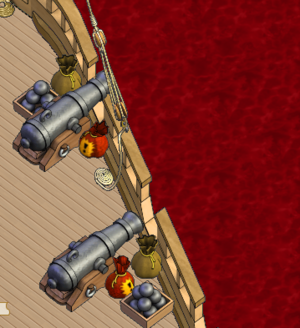 View from aboard a ship 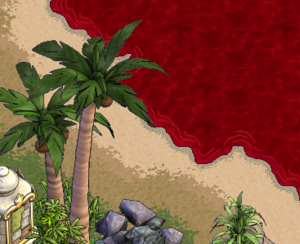 The Halloween seasonal effects include the following items:

All of these items will melt (be destroyed) at the same time as the island snow melts.