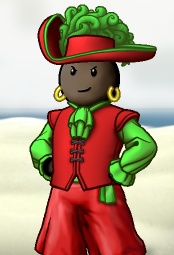 Wooden is currently a senior officer of Death Request and a prince of The First Fleet on the Viridian Ocean.

On the Malachite Ocean:

On the Viridian Ocean:

Wooden was re-created December 23rd, 2007. Wooden played under the same pirate name before, but his pirate was deleted from dormancy. Looking to get politically involved in the game again, Wooden joined Sea Dogs of Destruction. Wooden quickly rose to Senior Officer of the crew and Royal of the flag Rabidus Canis. Unhappy with the way things were progessing, Wooden left and joined Sea Lords and the flag Psychosis.

Wooden has navigated or admiraled in the following blockades: