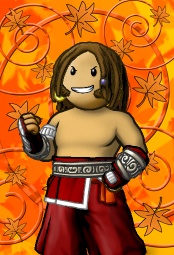 senior officer and first mate of the crew Dos Crusadoes on the Emerald Ocean.
captain and poet of the crew Immortal Pirates on the Meridian Ocean.

Tandecker the Poet is a bit of a swash. His pirate swagger has since preceded him over the long years. This silver tongued devil can bite when provoked, but usually keeps an even disposition. Parlay is his weapon of choice, but can handle himself in battle and fray. Never a climber of “stats”, and having no particular strength at puzzles, Tandecker relies on his friends, having fun, and love of the game; he considers these the real intent behind its emulation. He loves having friends and enemies alike, for without them, the game would grow stagnant.

On Meridian, Tandecker solemnly swore to uphold, until her return, the will of his captain and queen, Nightshade, as humble steward of the throne to her flag.

Since the dormancy of the Meridian ocean, Tandecker has fit in quite nicely among the Dos Crusadoes on Emerald as Senior Officer.