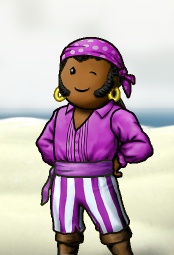 Phylix started on the Sage Ocean at the beginning of 2007.

He joined a couple of crews before meeting Sober, his current captain and has been with the Lords Of Chaos ever since, rising to the rank of senior officer. He is a revered Battle Navigator amongst his crew, leading many war brig pillages, sometimes daily. He very rarely loses even in PvP battles.

Phylix counts as his mates all the senior officers in his crew. These include Madaverick, Fluffmeister and Cindersh especially. He does not suffer fools gladly, nor people begging for things as they should be prepared to work for them.