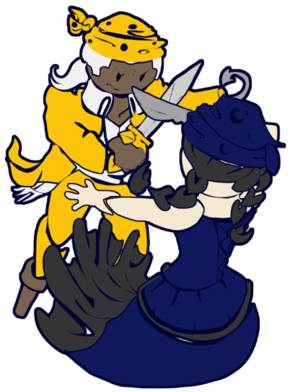 Before automated tournaments existed in-game, groups of players would create their own unique competitions, some of which - like Midnight Ocean’s Black Death Tournaments - even went on to become annual events. And who could ever forget the Olympic Champions League (OCL) tournaments run by the glorious Apollo.

Sadly, YPP doesn’t have the luxury of an Apollo-like figure anymore, so we as an ocean are left once again to our own devices. Inspired by the past, and in attempt to bring back the missing drama and desire that tournaments bring as a whole, a group of us Obsidian pirates took a page from our predecessors in May of 2018 and created an event of our own. Incorporating what we felt were the best aspects of both the Black Death and OCL tournaments we created the first, of what we hoped would be many, annual tournaments called the Obsidian Swordfighters League (or OSL Tournament). From season 3 onwards, the tournament was renamed as the Oceanic Swordfighting League.

The rules of the OSL were as follows: