Beyond the Sea (Hunter)

For other uses of the term, see Beyond the Sea.

Beyond the Sea (BtS) was a crew founded by the pirates Crush and Squirt on April 27, 2006. It once flew the flag of EAC on the retired Hunter Ocean. This crew has been disbanded. There is another crew of the same name with the suffix: -East. 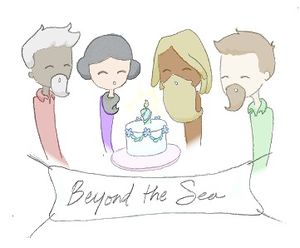 Beyond the Sea's 1st Birthday!!

Beyond the Sea is a tribute to the popular 2003 animated movie Finding Nemo. Its motto is "rip it, roll it, and punch it!" The crew remains modest in numbers and proudly waves the flag of the EAC.

Beyond the Sea opened it's official crew clubhouse (townhouse) in mid July of 2006.