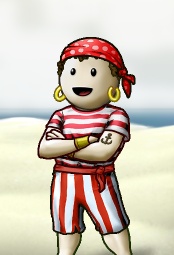 Reaustin is a Senior Officer of the crew Pilly Cheesesteaks and a Prince of the flag Hooked (Emerald) on the Emerald Ocean.

While Reaustin was monarch of Final Fronts he blockaded Saiph Island in August 2009. He lost the 'cade and after that the crew of at one time over 90 people shrunk down to about 30-40. It stayed this size until World at War merged with Reaustin's best friend's crew Begining of the End. Reaustin was captain of the crew until he found his way into the flag Raiders. Soon after, in late May 2010, he merged with the crew Pilly Cheesesteaks. Eventually in early November 2010 Slimbottom was unrightfully banned by predjudice OM's leaving Reaustin to be expelled and not too return until 3 months after in which captain of PCS changed. He was then invited back and now currently resides as SO and 1st mate of the crew.