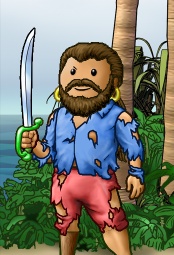 Robertdonald was known for his high level of skill at most puzzles, particularly drinking, leading to his coding of a version of "classic drinking" on Game Gardens after the new version was implemented into the game. The culture of paying jobbers to puzzle for a specific side in blockades was first initiated by Robertdonald under the flag Mercenaries during the blockade Gaea I [1]. The character built up a notorious reputation, often clashing with various flags and individuals due to differing views, the Scallywag War being one such example. Following the events surrounding Jorvik VIII, Robertdonald's character was "exiled" - that is banned until further notice, but with the understanding that the ban was not necessarily infinite.[2] Despite his exile, Robertdonald occasionally posts on the forums.

Among his achievements, he is held as a prime example of the capacity for mercenary gameplay within Y!PP.

YPP rules and mechanics created or modified due to Robertdonald