The Cursed Isles are the demesne of Vargas the Mad and his crew of cultists and Enlightened followers. 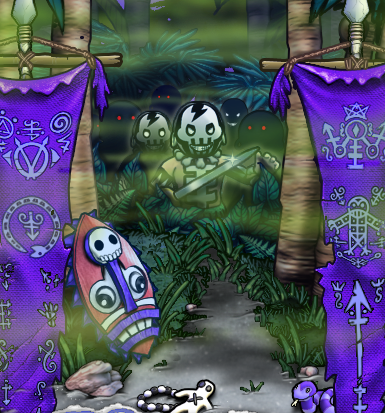 Vargas' crew constantly patrols the waters within their cursed abode, protecting them from intruders. Intrepid pirates have identified the following vessels as being part of Vargas' cabal...

The Fog of Chaos

The Cursed Isles are protected by a dense bank of choking fog, the Fog of Chaos, which has been known to have a debilitating effect on sailors traveling too close to the Islands. 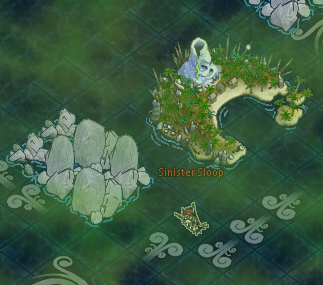 The Fog is in constant flux around the Islands, moving unexpectedly, almost as if it were aware of the encroachment of unwanted visitors.

As in all Sea Monster Lairs, the Cursed Islanders are sometimes tempted to raid vessels with an eye to taking them over. These attacks normally begin with a number of solo Islanders boarding the vessel, designed to test the mettle of the crew. The risk of a zombie mutiny grows as more Islanders board the ship.

The ship's officers or anyone who has been appointed to coordinate the defense of the ship may decide which volunteers should be involved in repelling the invaders and also decide when to attack. Pirates who have volunteered to help defend the ship can continue with their normal duties until the attack is actually launched.

If an overwhelming number of Islanders board the vessel, they will begin the battle themselves, in an attempt to seize control of the vessel. As the very ship is at stake, all hands are called to help defend. If the Islanders win the battle, they win the entire vessel and own it forevermore, booting the crew and using it to patrol their lair and surprise any other unsuspecting adventurers.

How to Find the Cursed Isles

Voyaging to the Cursed Isles requires a special map. On subscription oceans all prospective monster hunters need to be active subscribers while on doubloon oceans, all crew members must have a bravery badge for the ship to set sail.

The biggest challenge for an approaching ship is to avoid boarding zombies and Islanders and to get to the Island itself as quickly as possible.

In addition to Islander ships and rafts, there are several environmental challenges around the Cursed Isles, including the rare and frightening cursed whirlpools! 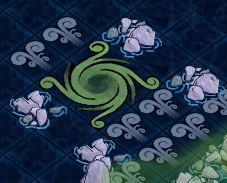 But dodging these dangers and making it to the Island is only half the battle.

The true treasures of the Cursed Isles are stored in the middens the Islanders have accumulated around their realm. To seize these abandoned treasures, Pirates must make their way to the Islander's village and fend off ferocious attacks. 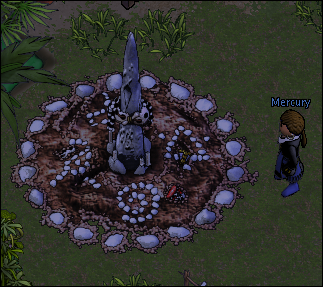 After each attack, the crew will have the opportunity to forage treasure from the abandoned middens. But beware, each successive attack by the Islanders will be stronger.

The Homunculi of the Cursed Isles are beings that are artificially created through a mixture of alchemy and arcane ritual. Each Homunculus is composed of all manner of dreadful substances, poured into a jar and fermented with just the right herbs and incantations. The result is a monstrous servant willing to do the bidding of those nefarious Cultists and Vargas himself!

When challenged by interlopers, the Homunculi defend their creators with uprooted trees. Unsurprisingly, these trunks function as improved sticks in battle, causing their attacks to only drop blocks of a single color on their opponents. 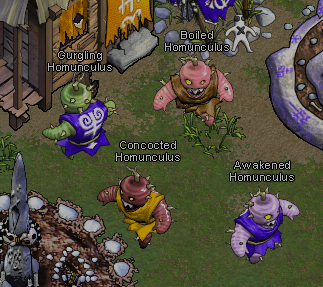 The crew will need to make a decision during their time on the Cursed Isles. Just before each successive attack, they will have to choose whether they should retire with their winnings or stay and face another Islander onslaught.

It should be a tough decision! The Islanders will be sure to take as much of their treasure back as they can before releasing you (assuming you don't decide to join their cult).