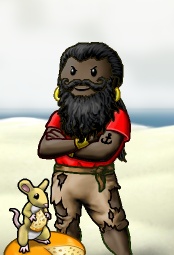 Lillobby has played Puzzle Pirates since 2009. Since then he has had a few noticeable contributions. At first he was a member of the crew Watchwords and soon after became an officer. On February 26, 2014 he left Watchwards to create his own crew The Lobstorians and found the flag The Lobstorian Republic. He took another break for the new few years and returned in March of 2020 during the 2019-2020 SARS-Cov-2 Outbreak and began working on building a limited edition ship, lobster familiar, and pet pig collection.

He loves patching and is currently illustrious and legendary and is working towards becoming transcendent.