A lobster is a type of familiar. They can be found in lavish lockers, which can be won from greedy brigands. The lobster was first released on September 28, 2016.

The lobster may not be recolored, but can be renamed like the other familiars.

On Oct. 10th 2021 Shar of Emerald Ocean completed a collection of all the 145 Lobsters color combinations.

Instead of allowing any two colors to spawn together, the colors have been broken into groups. Within a given group a lobster can spawn in any combination of colors. The only exception seems to be black/black, which has not yet been seen.

The grids below show all colors that a lobster may appear in: 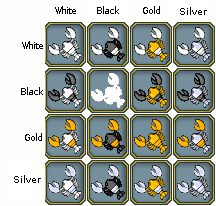 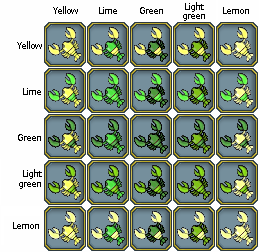 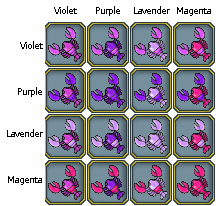 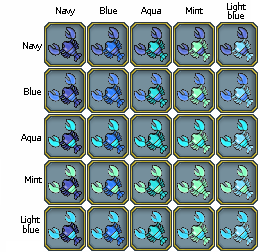 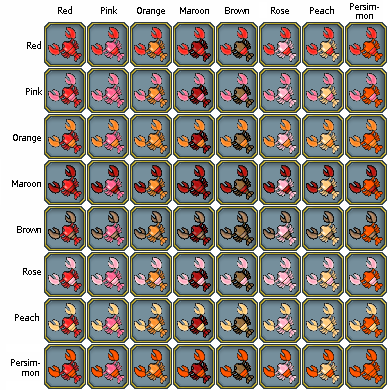