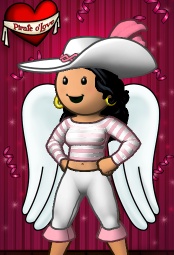 Lessian first arrived to Midnight in September of 2004 in the Emerald Archipelago. She first joined up with Divine Wind. Climbing quickly in the ranks and bound by a relationship that could never be, she soon had to make a choice between sailing the ocean with a different crew, or sailing away from the game. She chose to stay and made a crew with long-time friend, Trega. January 4th, 2005, they created the crew Phantom Rogues under the flag In Cognito.

After a long needed break, Lessian returned early 2009 and has made her home with Hot-Cross Bunzys under the captain Zealousbuns. She was alive and, for once, very happy with where she was and who she was surrounded by. However, real life stepped in, forcing her to leave the pirate scene once again.

Lessian was revived in October 2009. She caused much trouble on the ocean along with the crew Scorpion Scoundrels under the flag Pillars Of Hercules under the captain and monarchy of Bigmacattack.

In January of 2010, she joined Pernix Adaeque Simius under the captain of Transcend. Shortly after, she took leave for real life once again.

With renewed hope, Lessian popped onto Y!PP once again in late 2011. 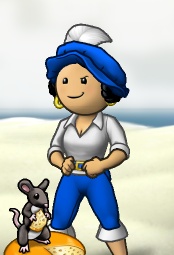