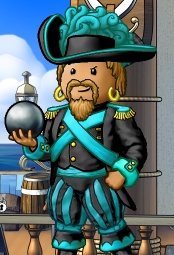 Kiadude plays on the Meridian Ocean. He is currently captain of GLTDubstep, king of the flag Case Closed and admiral in the Spectre Island Navy in the Garnet Archipelago.

Prior to the ocean merge, this pirate could be found on the Viridian Ocean.

Kiadude spends his time practicing German with Xeni, running elite war brig pillages and running Atlantis explorations. Sadly, he is too poor to afford much in the way of stock, ships or portraits, so he spends his times begging his hearties for 69 poe. He would be on the poker tables, but he has a wager ban, and thus, the ocean is safe from his poe forever.