The crew Gods Of War was originally founded by Onelove for the sole purpose of being the males' blockade crew in the Battle of the Sexes Event Blockade. Since then, Onelove and her first mate, Harrjm have built up the crew, and it has become large and active.

Events and blockades are the goals of the crew. To this end, a sinking war fleet Inferno has been commissioned. The crew is also provided a fleet of sinkable sloops to be used for sinking battles during wartime.

The sky split apart and the God of War stepped through. Descending from Olympus, he saw the making of a god in a mere mortal.

For our new members: Always ask PTB (Permission to board) before hopping on any ship that is out on the sea. Have fun and enjoy your stay! Read on... 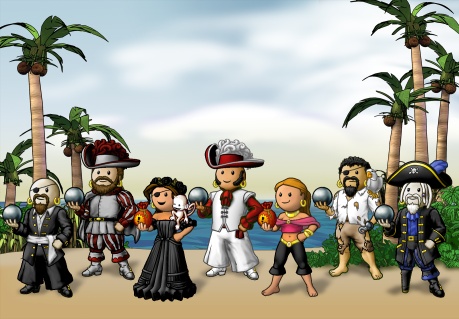