For the crew Whirlpool on the Emerald Ocean, see Whirlpool (crew).

A whirlpool on a sea battle board.

Whirlpools, sometimes called tides, are tiles that move ships in sea battle in a circular motion. The whirlpool covers a two tile by two tile area. Clever navigators can use whirlpools to make dramatic changes in their ship's location and direction.

On each move, whirlpools move the ship clockwise around to the opposite corner of the whirlpool. They simultaneously rotate the ship clockwise 90 degrees. If a ship begins a turn on a whirlpool and the navigator places no movement tokens, then the ship will end the turn (four moves) in exactly the same position and orientation as it started.

When whirlpool is involved in a move, the order of events is: 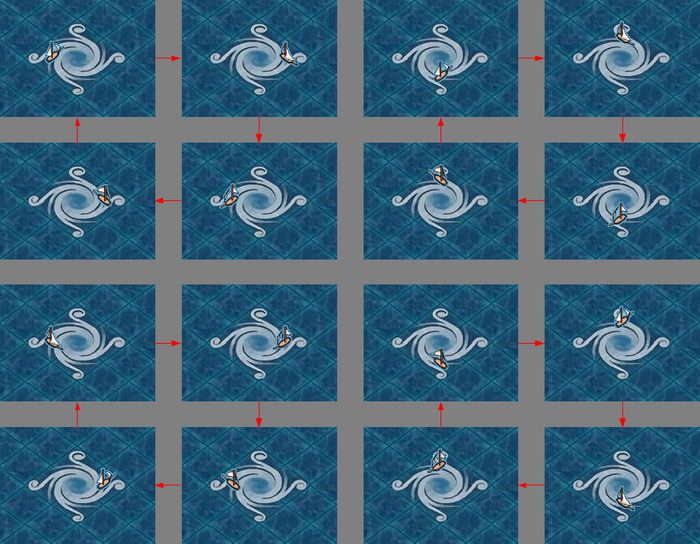 A guide to whirlpool movement. Just find a picture of the ship's starting position and follow the arrows to see where it will be on the next turn.