Vanity Rising is a dormant flag of the Meridian Ocean. It was founded on the 21st of October 2008, by Poat and her senior officers on Viridian. 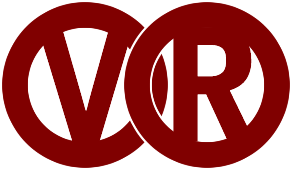 Vanity Rising was made for every crew out there that found they didn't have a home. On September 14th we hit number 5 Flag, and live to the name vanity. Risen from trials, tributes, ups and downs. A place where people could be and not have to worry about a specific "way" to look. VR is home to many different types of crews. Some elite, some flotilla runners, and some who just like to come and look pretty. But most of them are serious. They want to show Viridian who they are. They are the little people. The ones that alone, couldn't make it out there. They are leaders, they are loyal followers.... They won't stop until everyone knows who they are.

You Laugh Because im Different... I laugh, Because your all the same.

Vanity is being So proud of who you are..... But what is arrogance then? Upon the Road we have traveled, We have found many battles. In those battles, a puzzle we had to solve. Upon Solving the puzzles, we gain pride. And upon that journey we have earned that pride!

What our name means

VANITY RISING... Was named in the simplest form: rising up, to gain pride in what we can accomplish. Not standing down to anyone, for We have to be who we are... Earn who we want to be. Like the saying, "I would rather be hated for what I am than loved for what I am not!"

Vanity is considered the original and most serious of the seven deadly sins, and the ultimate source from which the others arise, The pride within us. The Rising Part is the coming to a point in which we are ready to show our pride; to emerge into a political stand point or maybe not. For the most part, advancing to the next step. No matter what We chose to be our goals, we will have pride in the most rewarding of them all. The fun that comes along with believing in our selves.

So no matter if its Vanity Rising, Vanity Risen, Rising To Vanity, or just Rising into Vanity...

No matter how you look at it, we simply mean that we are proud of who we have become. When over coming the problems of the heart, or puzzles, when trying to grow and after leaving one place to find another, and finally just settling in together. No matter what anyone says, only the members of Vanity Rising knows what Vanity Rising truly means.

Flag colors are maroon and white!