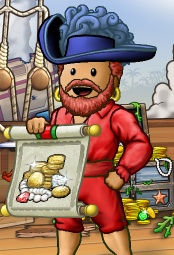 Lylesnipah Was Senior officer and Lieutenant Last Pirates Standing Lord of the flag Nautical Warlords. He is a very dedicated and wonderful pirate.

Returned and created a new pirate called Lylesnipahs for a few days.

Final return took place for the Dark Seas version of the game and the name was changed into Snipah.

Lylesnipah Was made at the 23th of September 2008. This was not his first account he was playing couple years back too but retiring constantly but now he is back.. Quit playing due to bugs in loging in at December 2009. Account re-created after was deleted but still impossible to play on Viridian due to bug.

Returned to Viridian on the 2nd of November 2011 and is playing under the name Lylesnipahs for few days.

Returned to actively playing in Obsidian on the 2nd of October, 2017.