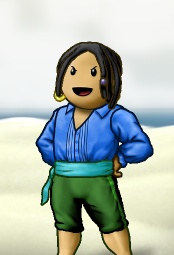 Ihavenobeard is a pirate on the Midnight Ocean. He began playing on January 28th, 2008, and was taken in by his friend, Ellieneo's crew, The Flipside Pirates. He already holds the incredible bilger trophy. He is also Ellieneo's roommate, and his friends call him Ivan.