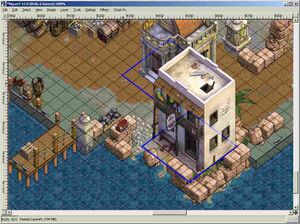 A typical use of the governor's toolkit 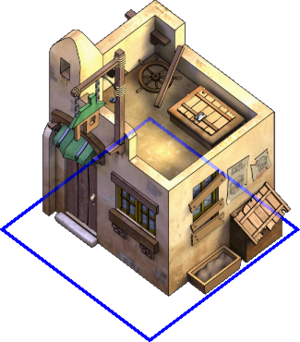 The left-facing estate agent, from the toolkit

The Governor-in-a-box (also known as the Governor's Toolkit) was a collection of images made to replicate the governor's building placement interface. It filled the need of being able to plan the layout of islands exactly in the days before the Yohoho Tools scene editor was released.

The toolkit consisted of an isometric grid, all the building graphics (recovered from the game distribution with yppRAW), and the governor's placement box around each building. The user had to build the island image manually by taking many screenshots and stitching them together. Afterwards, the grid was applied over top, and aligned to the tiles in the image. When this was done, buildings could be placed so that the blue placement box overlapped the grid. With each building on its own layer, the user ensure that they displayed in the proper order.