The color of the chameleon will never change when viewed in a pirate's inventory. Its primary color will change to match the primary color of your pirate's torso clothing, but only in the game scene. The changed color will show on the the pirate page. In addition, trying on different colors at a tailor shop will not result in the chameleon changing color, but the changed color will show for anyone viewing your pirate page.

Chameleon secondary colors do not change and the selection available in the Gold Box rotated by month:

Tan chameleons were available in Gold boxes in June 2019.

Chameleons were available from Booch boxes in limited edition colors. This means that chameleons might exist in the following stripe colors: banana, chocolate, ice blue, plum, spring green, and wine. However, these colors will not be added to the color grid until their existence has been confirmed.

The grid below shows all known colors that a chameleon may appear in. 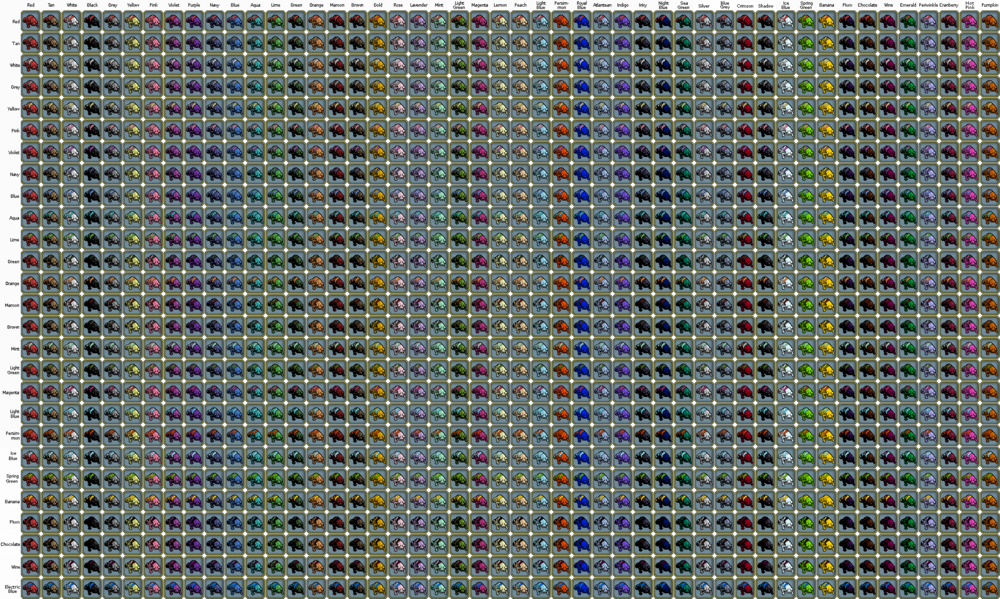