Avatar Art was a familiar event run in the Y!PP Forums by the flag Water Sleeps in October 2005. Entrants were asked to create an image depicting the "Things My Pirate Does Behind My Back." This image was to depict a pirate outside the normal realms of Puzzle Pirates. Then, a clever caption had to accompany the image. The first prize of a monkey familiar was given to Attesmythe. Runners up received Poe, portraits, or rare furniture for their efforts. 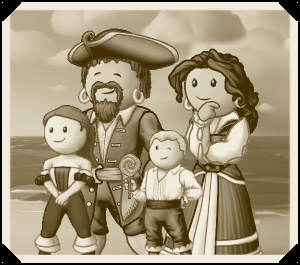