A spider is a type of familiar. A spider can be won from spider boxes, which in turn can be purchased from trading posts (in exchange for 100 Black Market trinkets of any type). The spider was first released on May 1, 2014.

The grid below shows all colors that a spider may appear in. 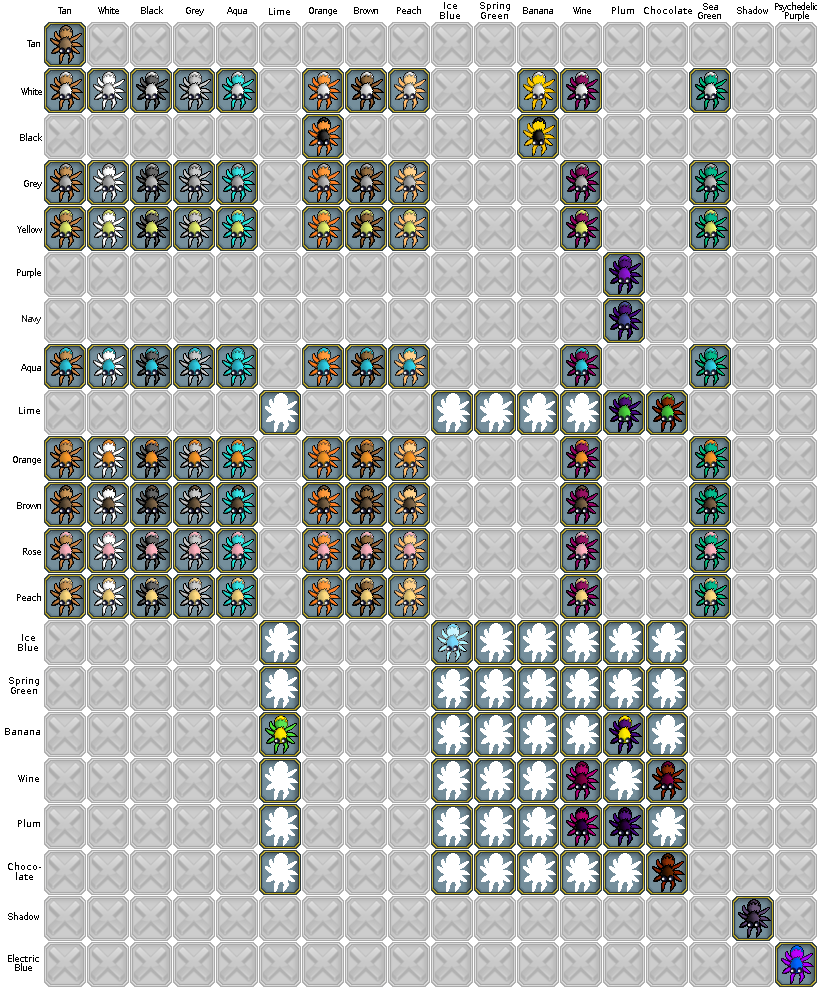