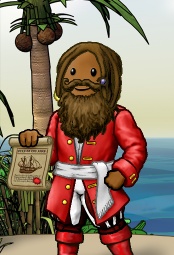 Snakey is currently a senior officer of the crew Dragon's Clan and a prince of the flag Paradise.

He was the former captain of Dragon's Clan as of March 5th, 2006 and became king of Paradise 9 months later.