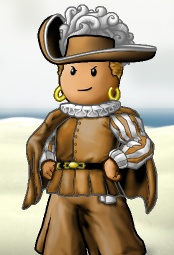 Herieman is a pirate on the Meridian Ocean.

He started in 2005 as Hermanmoet. Herieman has many crews and also started his own crew called Bright Sky Light with the flag The Dark Side.

After some years playing he quit because a friend got banned and his crew died.

On August 2012 Herieman started his new pirate and joined the crew Your Worst Fear together with his brother Lorenzot.

Everything comes to an end, even Your Worst Fear and after that Herieman went to the crew The Lost Ones.

After a while Herieman left The Lost ones and joined his current crew Ink Dat around the end of 2014.

He is also often found at the poker tables for 2k-20k.