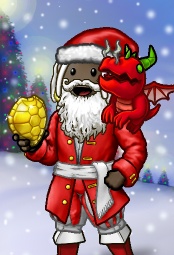 He has played Puzzle Pirates on and off since ~2005, only rarely coming back these days.He committed to the Obsidian Ocean on launch and and resigned now to staying there. He runs a crew The Last of Us and has many ships unlocked at useful ports available for anyone who wishes to pillage.

This is his personal fleet, these ships are all locked. A number of unlocked ships are available to his crew, found at useful ports.