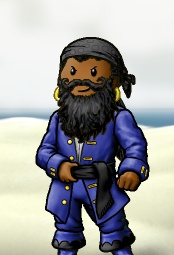 Falchionator is the first official king of What The Falchion, for two years and a half, the flag has not had a king, Falchionator however is an alt of the flag, with all the royals having access to him. Everything the flag as whole has done on a team effort, is held under him, as representative of the flag. Falchionator governs Tigerleaf Mountain.

He used to just be one of Psychox's floating alts, as well as the captain of Falchion's Army, which is What The Falchion's blockade crew. Just recently it was decided that all royalty should have access to him, as well as he should be monarch of the flag, holding everything flag-owned.