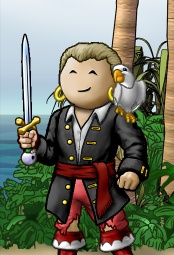 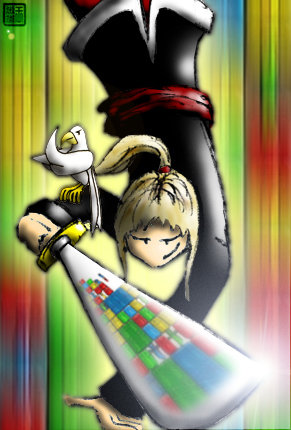 Cioj started playing on the Midnight Ocean on 5 December 2003, joining the crew Fifth Fist of th'Misfits almost immediately. In his officer days he held the title of swordsman due to his enthusiasm for the swordfighting puzzle, appropriately winning the captaincy of Fifth Fist from former captain Perf in a duel in February 2004.

As well as leading his crew, Cioj became king of the flag Tyr's Own upon its founding in March 2004, a position he held until April 2005, when he handed the reins to Blarneybelle in recognition of her work at Byrne III.

Cioj is known in-game for his swordfighting prowess, having held the #1 experience ranking for the swordfighting puzzle for over a year. He was also a member of the winning OCL brawling team, Meanie Greenies, in both Seasons 4 and 5.

There was an ongoing debate on the Y!PP forums as to the correct pronunciation of the name 'Cioj', as Cioj himself refused to reveal how it is said. However, during his interview with Thespian on Shanty Raid-io during Jorvik XII, Cioj opened up the interview with the words, "I am Sigh-oh-Jay."