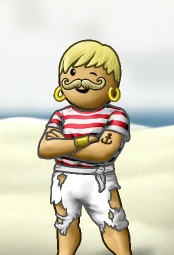 Benolot is a senior officer and the politician of the crew Super Nova which is part of the flag Arcane Sanctum on the Meridian Ocean. He enjoys pillaging with his crew and providing free labor for his fellow senior officers. He also considers himself a budding island designer, and has been working on an island ready for the next design competition.

Benolot frequents the foraging community of the notice board, often applying his labor to foraging or Distilling. He can be found running trade runs, flotilla attacks or pillages with his crew. When not out at sea, Benolot is often found talking to his crew mates about there opinions on crew life. He serves under the friendly guidance of his captain, Diegotoy and his king, Cenobite. Benolot is an island designer (though not an official one) and has been working on his "special" island which he plans to enter into the next competition. Benolot is also aspiring to be a website developer, and when not producing his own site he can be found maintaining the flag website.