A karkinos in a portrait.

A Karkinos (plural karkinoi) is a type of pet. Karkinoi can not be bought from the palace shoppe. They can be acquired during booty division from Treasure chests hauled from Atlantis. 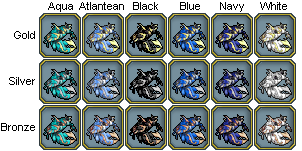 Some colors for the karkinos may or may not be rarer than others; the relative chances of each color have not yet been recorded.