A rabbit in a portrait.

A rabbit is a limited-edition pet, released during Easter 2009. It is typically available for purchase around Easter each year. They can be purchased from the palace shoppe for 50,000 Pieces of Eight, and, on doubloon oceans, 50 doubloons. They were first released on the Ice Ocean on 2009-03-30 and on the production oceans with release 2009-04-07.

Rabbits have a choice of eleven primary colors and ten secondary colors. In addition to the standard colors available each time the rabbits are on sale, they have been released in special colors. Some of these special rabbits were purchasable from the palace shoppe for 75,000 PoE and 75 doubloons. 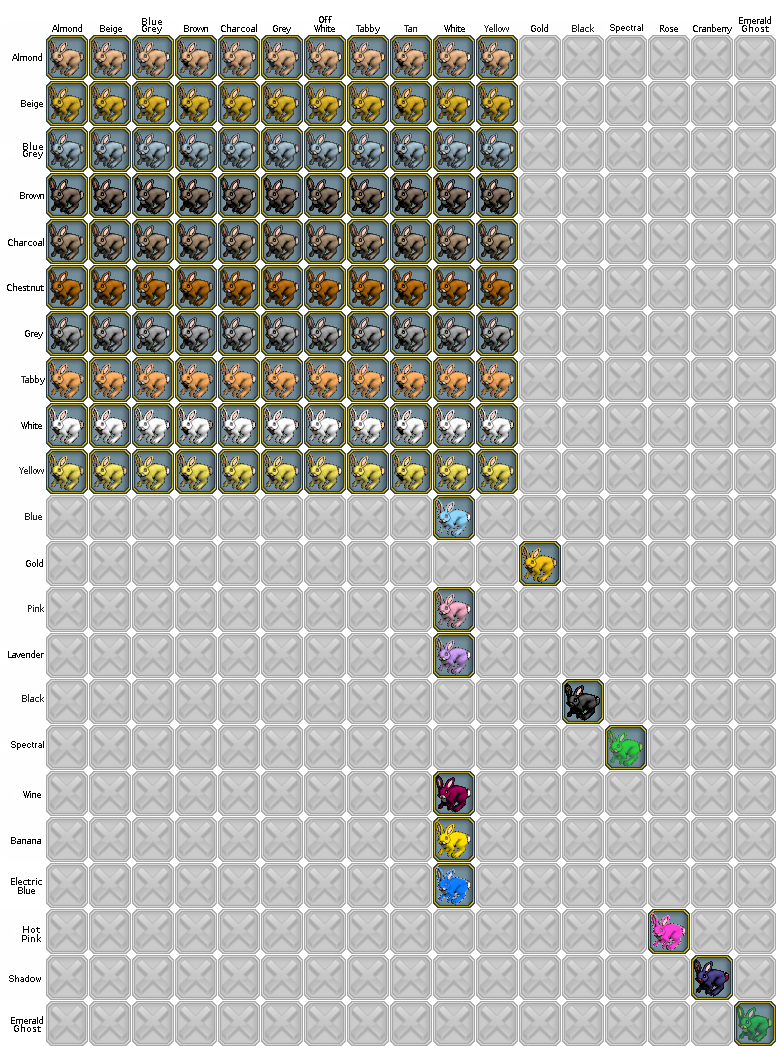