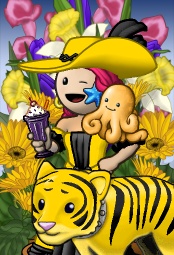 Cinamoon is a pirate from the Emerald Ocean, originally from Sage. She acquired her name thanks to the cinnamon bun she was eating at the moment of creation. Cinamoon can be easily found at Turban Raider tailor shoppe at Admiral island, going on a (probably sinking) citadel run or just giving away free clothes at the inn. Her favorite activity is Sailing. Curious fact about Cinamoon is that she loves food trinkets, especially to hold on to in her portraits.

Cinamoon joined Puzzle Pirates sometime in 2009 on the Sage Ocean. She was part of the disappeared crew Dominators of Sage as a pirate. After some time of practice and getting every time better in Sailing she became an officer and purchased her first ship, the Happy Sunfish, a sloop which remains with her that she painted and modified.

Break from the game and big comeback

Cina had some years out of the game due to college. In this time she was so busy she forgot about the game for a while. She came back in the early March 2014, just to fall in love with the game again. She didn't care much she was poor, as she had nothing saved since the last time she logged in, just her sloop Happy Sunfish. She decided it was time to join a crew and move on.

Joining a crew and moving on

Almost a week after she rejoined the game in early March 2014, Cinamoon joined the crew The Royal United Navy, which was ranked crew #1 by that time. There she made many friends, including one of her best friends Gyno. Cinamoon had an amazing day on April 5, 2014, because that day she bought her first familiar Lyric, a pretty light blue sea horse, became fleet officer and flirt of her crew and bought her very first berserker pelt, which was going to become her favorite in game hat, making her want to collect them later.Eventually she was going to meet her 2 other best friends, Pheonixx and Fireelipse.

Cina, Moonie, Cinny, Cin are just some of the name pirates gave to Cinamoon. She is usually a sweet pirate, but when she gets mad, pirates don't want to be close to her. She likes to wear bright colors such as banana, spring green, but when she is mad or upset she usually wears a regular stripped outfit, depending on her mood. Her favorite in-game colors are wine, banana, night blue and sea green. 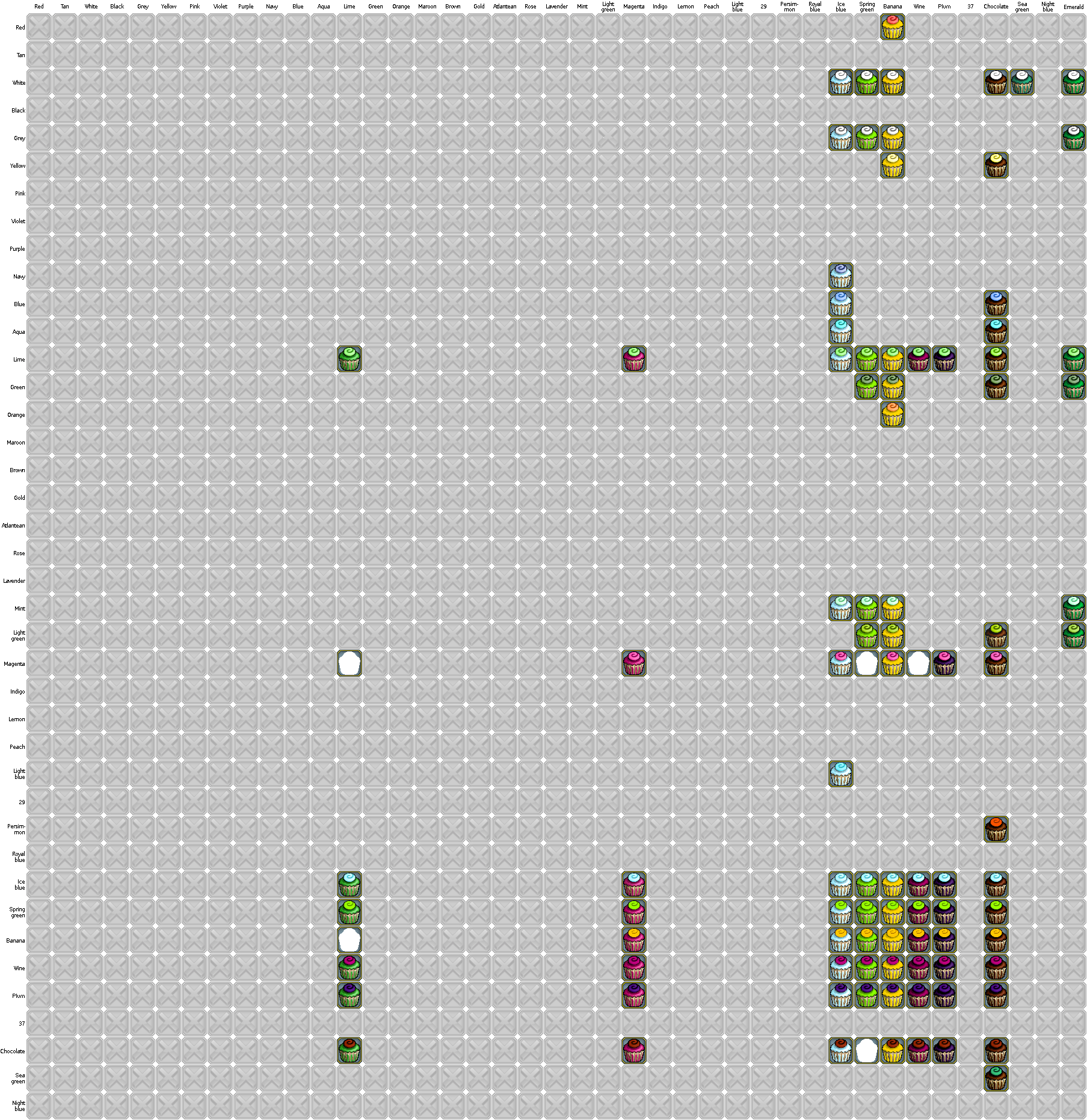 Cina loves her pets. Her favorite one is her gold tiger named Royal Flush. Some of the pets she owns were gifts from friends, which she named after them, such as Nathey from Discriminate, Tootus from Tootus, Gloria from Gloriavictus, etc.

"I'm too tired to function"

"I'm a pirate of the caribbean"