It has been suggested that this article or section be merged into [[::Ayano|Ayano]]. If you would like to discuss this suggestion, please raise the issue on this article's talk page. 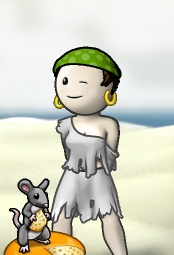 Lizeh is a pirate that started playing in 2009. She lives on Admiral Island. Her rank is held as Commander of that island in the Gull Archipelago.

She is also a fleet officer of the crew, Midas Touch and a member of the flag, Unbreakable Family, but they are dormant as of 2nd March, 2012.

Lizeh lives in a cabin at Admiral Island, with an ownership to a sloop named "Crazy Needlefish". Pirates can find her either pillaging with her fellow buddy, Piratemano or Strpure, or going on board hunting seas monsters, or hanging around the island. t was stated that she rarely pillages on her own due to the fact that very few pillagers would join her pillage. Whenever away from the sea, she would hang around the dock, looking for any frays to join, or playing games at the inn, Sho Girls.

Her preferable puzzles and games were said to be Swordfighting, Rumbling, Gunnery, Rigging, Poker, Shipwrightery, in no particular order.

When financially stable, it was said that she would buy a stall for shipbuilding.

On the last week of December 2011, she had went on a hiatus since, but ever since the merge between island, she has moved to another pirate named Ayano and this account was deleted due to inactivity.