A trading post is an island attraction building placed on a medium or large island. Players can come here to trade trinkets and pieces of eight for special items.

An island needs only a completed fort to begin construction of a trading post. 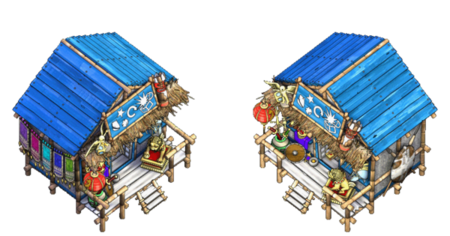 Trinkets traded in reduce the initial PoE cost of an item. Each item has a certain minimum number of trinkets that must traded in, which must be of at least one certain type. Trading in additional trinkets of the appropriate type(s) can be offered to further lower the final PoE price. The value of a trinket in this context changes dynamically, based on recent trades.

Currently the following items can be obtained: