Difference between revisions of "Pillars"

Shortly after the release of the July 2007 newsletter, ancient pillars began appearing across the production oceans. On these pillars were fragments of tablets with encrypted writing and diagrams on them. Much speculation and discussion occured as players tried to puzzle out the mystery, most of it can be found here, other threads included one for working theories and one in Cobalt Parley. 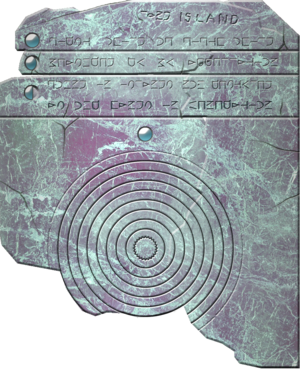 The inscription is believed to read:

Note: the original inscription contained a "carve-o" (too early in time to be a typo) of the word 'appellation.' It was spelled with one 'L' instead of two. Observant players noticed and debated whether it had any significance, the individual image was corrected, then the complied image was later updated as well. This was cause for more discussion as it was included as a question to the trivia event.

The moon symbols attached to the inscription were worked out to be references to the individual clue stages, each labelled with a corresponding symbol. This tablet was represented by the full moon, and a clue provided by a rough representation of the solar system; the matching line of the inscription thus means the first moon of the fifth planet, or the moon Io (Jupiter I). 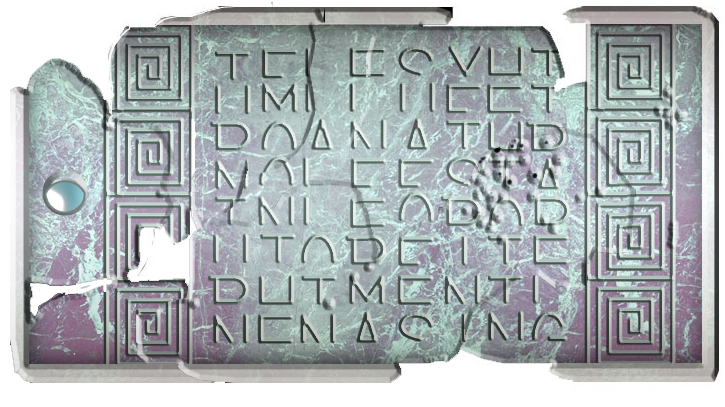 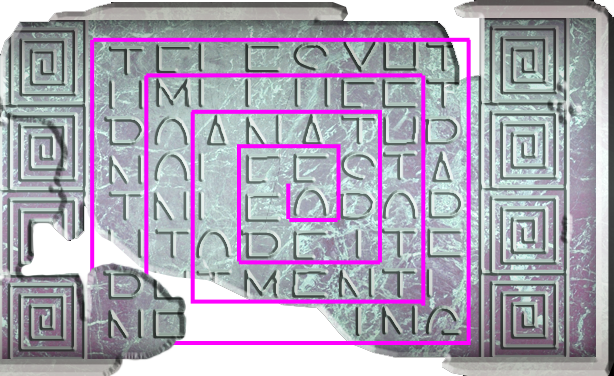 An allotment to the full moon refers to Io (the answer to the previous clue, represented by a full moon symbol), which looks like the number 10. Adding a single part (1) makes 11. Taking every eleventh letter (capitalized above) yields the letters 'atoll', or the phrase 'A to LL'

The phrase "turn, turn" is believed to be a hint to reading the tablet, though that was discovered long before that piece appeared.

The key was worked out by looking at the top part of the first tablet. The four symbols below correspond to the four letters L, A, N, and D. Based on those four symbols, the rest of the tablets have been decoded. 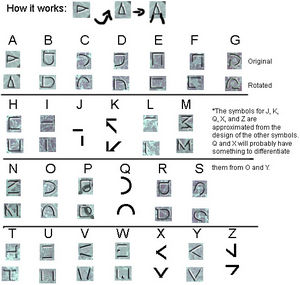 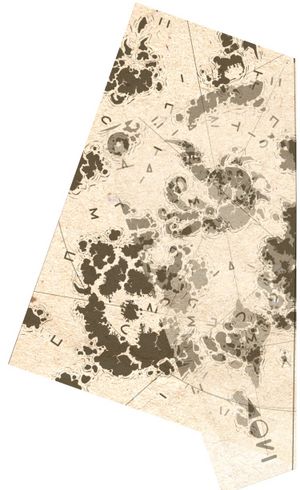 The map, folded. Atlantis can be seen curving along the upper portion. Below the word 'Atlantis', a Gorgonyx can be made out of the land masses folded together.

On August 1, 2007, a grand frigate named the Roaming Runes was left abandoned on each ocean, whiskable to from the noticeboard. Somewhere on each ship, there was a clickable inscription leading to an ancient map.

It was established by Sundreena of Cobalt that the word atoll is to be interpreted as A to LL. If the map is folded ("as our hands in veneration"; hands are folded in prayer) along this line (from an A rune to two L runes), then it is possible to make out the word Atlantis next to a land mass. 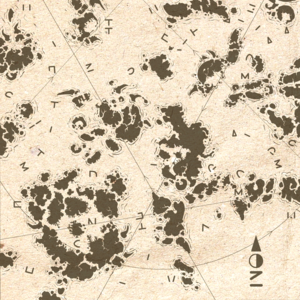 On each ocean, the ship Roaming Runes was found with long courses already charted. The developer or OceanMaster behind the character "Frillypants" stated that the charted courses are not pieces of the puzzle.