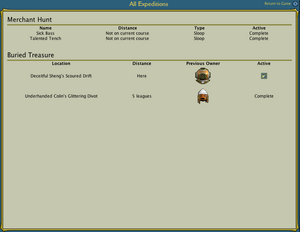 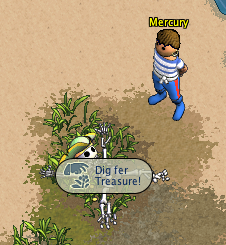 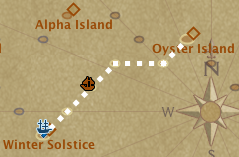 Some Brigand Captains are not lucky enough to find a cozy atoll on which to bury their accumulated wealth. Instead, misadventure tends to find these captains, their crew and their coin resting at the bottom of the sea. These rich wrecks are ripe for the taking by any pirate crew with knowledge of their location.

When the vessel reaches a location with a shipwreck, the ship will maneuver close enough for the crew to Treasure Haul the lost booty up from the briny depths. Pirates aboard can assist in the effort by clicking the appropriate button on their Ahoy panel, or by clicking on the wreck's mast directly.