Difference between revisions of "Mollybaby" 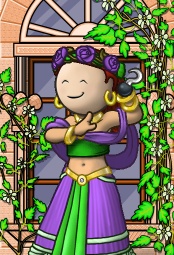 Mollybaby is a pirate of the Viridian Ocean. She is captain of the crew Chaos's Destiny, and a lady of the flag Sea Change.